Milo, along with Domino and Leroy, was found on a piece of property along with over 1,000 other animals in Massachusetts. The owner of the land had been renting his property without regulating his irresponsible tenants. When police came onto the scene, they found animals tangled in barbed wire, surrounded by decaying carcasses, and walking over broken glass. The ASPCA brought these cow boys to a temporary foster home in Florida until Luvin Arms was equipped to house them. When they came to us, their condition was rough. They were significantly underweight and had to be treated for parasites. As soon as they jumped off the trailer that brought them cross country, they began stuffing their cute faces with hay. Once they received a clean bill of health, they got to join the other residents in the big barn. Milo is a sweet and shy boy. He can be timid at first, but once he gets to know you, he’s all love. 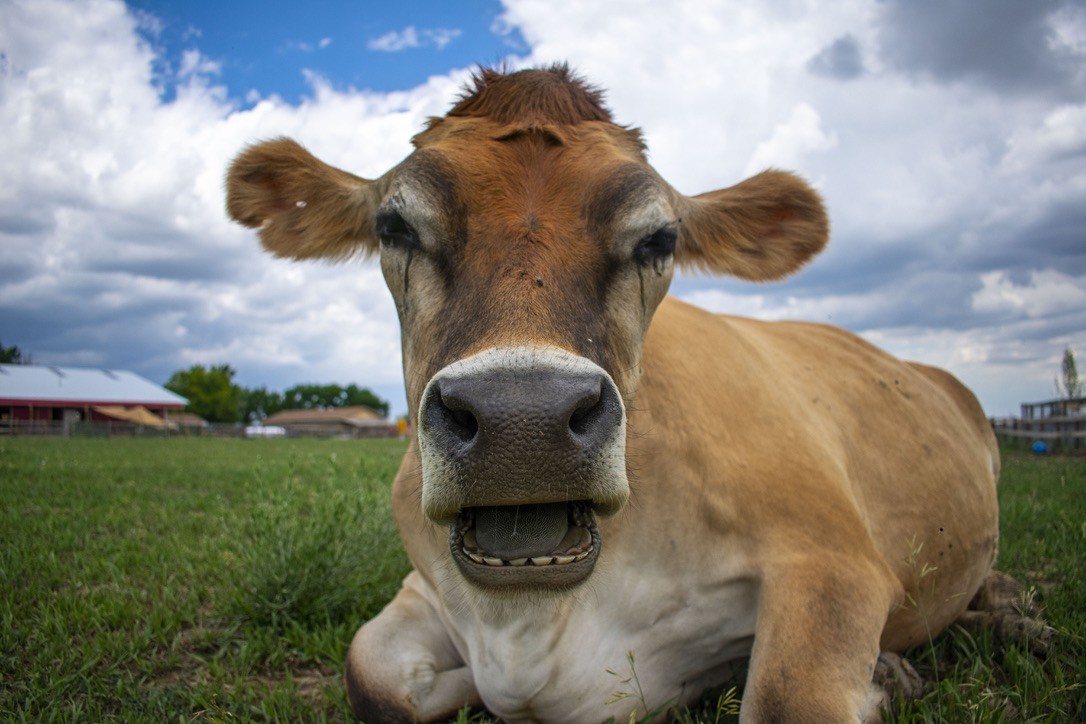